The 280-hectare Taitung Forest Park at the end of Jhongshan Road is nicknamed “Black Forest”by Taitung residents for its immense dark beefwood trees. In the woods lies a serene lake fed by the gushing spring at the estuary of Beinan Creek,called Pipa (Chinese lute) Lake,because it has the shape of two connected water bodies,a small one and a large one. The scenic Pipa Lake is a habitat of aquatic animals and plants,and by the lake are a viewing platform and a cabin that overlooks the waterfowl. Visitors may enjoy the lake view on either bike routes or slat walks.

Formerly,Sanxiantai was a narrow and elongated cape into the ocean. When the neck of the cape was eroded by the tide,the rest of the cape was disconnected with the land and became an island. It is said that three gods,named Li Tieguai,Lu Dongbin and He Xiengu visited here and left three pairs of footprints. The isolated island remained unaffected by human civilization and preserves abundant seashore plant species,and was thus claimed a natural reserve later on. There is also a famous eightarch cross-ocean bridge,a great spot to watch sun rising over the Pacific Ocean.

Jialulan Recreation Area is near the 157.7km point of No.11 Provincial Highway. Here is not far from Siaoyeliou Scenic Area. Formerly as the waste soil site when the air force constructed Jhihhang base airport, it was planned by the East Coast National Scenic Area Administration and later developed in ecological engineering methods. Now it has become a quite popular recreation area. Its annually held handicraft marketplace also receives a fervent response. No wonder Jialulan Recreation Area has become both a natural and artistic coast.

Erected in Taitung Seaside Park, the Paposogan(Seashore Park) integrates landscape and public art, marking Taitung’s unique culture, history and natural scenery. Its special rattan roof shape is very impressive. Quietly standing on the coast, the Paposogan(Seashore Park) greets the first light of the morning in the daytime. At night, its yellow light shines, as if looking forward to the vision of the world.

On the south side of Donghe Village is an island parallel to the seashore of Jinzun fish port. The unique landform leads to the formation of circling waves,which accumulated sand enough to connect the island with the seashore. The form is known as tombolo. The anchor-shape rocks there are marvelous. This is the only tombolo in Taiwan that continues to grow. The magnificent view of azure sky and white splashes at Jinzunlulian,in the day or at night,is well renowned. 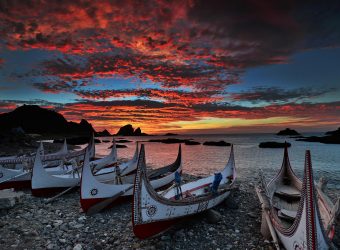 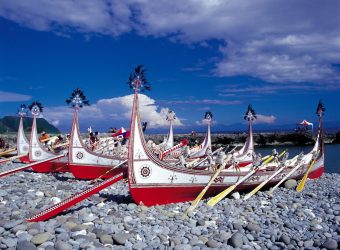 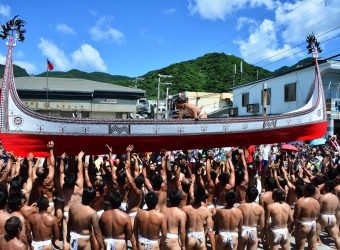 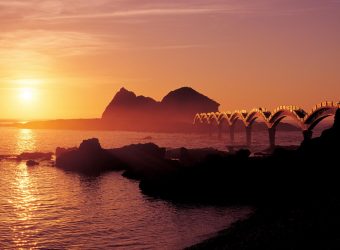 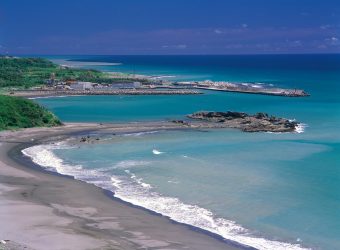 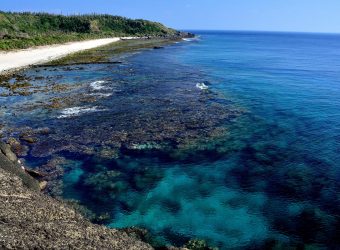 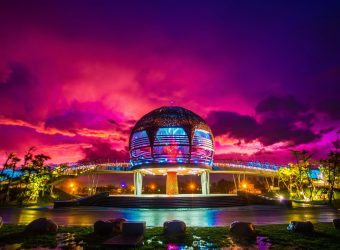 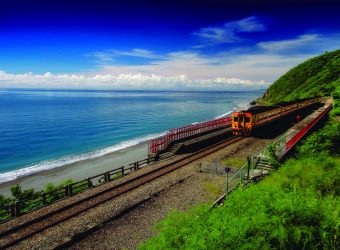 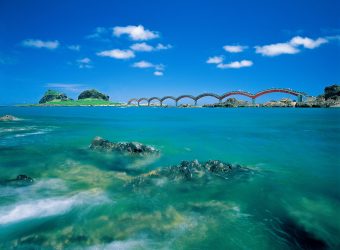 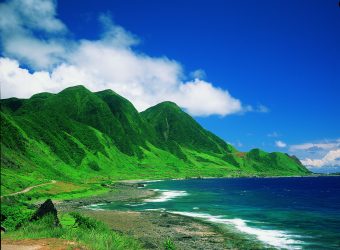